On July 20, 1969, Neil Armstrong landed on the moon. Who would have guessed then that 49 years later, a blog post would be written about Moon Dust Law? Yet here we are summarizing two recent cases about lunar samples. 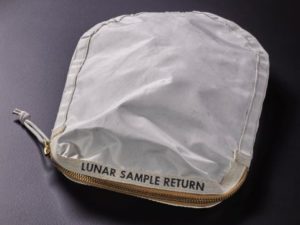 This photo is from a later auction of the bag, via Sotheby’s

Nancy Lee Carlson bought a “lunar sample return” bag at government auction. Later it was discovered that this was the bag Neil Armstrong had used for the first lunar samples ever taken. Due to recordkeeping errors, NASA had not been informed that it was being auctioned. NASA asked the judge to set aside the sale, but the judge refused because Carlson was a bona fide purchaser. Ary at 12. 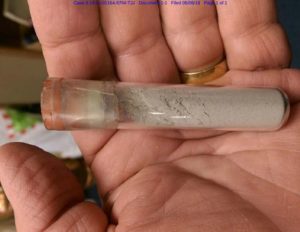 Photo of the vial, filed as an exhibit to the complaint 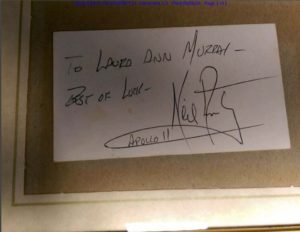 Photo of the note, filed as an exhibit to the complaint

Interestingly, the same lawyer, Christopher McHugh of Kansas City, represented the alleged moon dust owners in both of these cases. Most lawyers pick and choose their area of practice, and Moon Dust Law might just be the narrowest practice area we’ve ever encountered. Probably not a viable full-time career choice for the vast majority of law students, but interesting nonetheless.