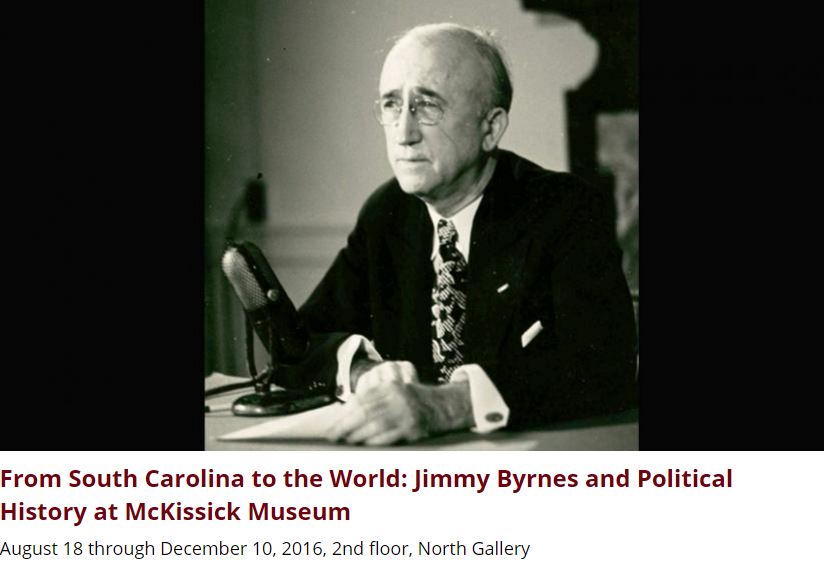 James F. Byrnes was arguably the most influential South Carolinian of the 20th century. He represented South Carolina in both the House and the Senate, and he served as governor. He was U.S. Secretary of State, held cabinet positions under President Franklin D. Roosevelt, and was appointed a justice of the U.S. Supreme Court. He qualified to practice law by reading for the law, without attending law school.

The McKissick Museum has created an exhibit placing his long service to the state and nation in context. The South Carolina Legal History Collection in the Coleman Karesh Law Library has loaned numerous items  to the McKissick Museum as part of the exhibit. The exhibit will run through December 10, 2016. 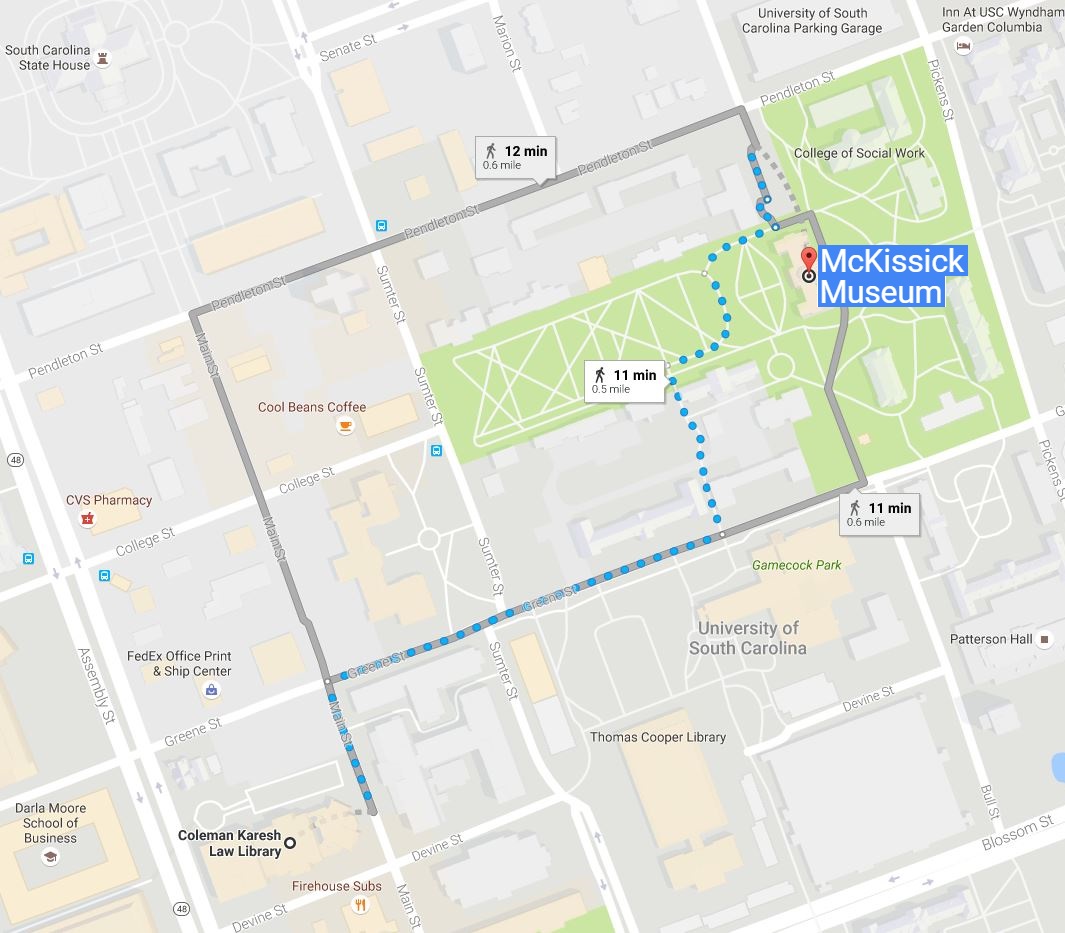