239 years ago today, on January 20, 1778, the first court-martial in the United States began. In short, Colonel David Henley was acquitted of wrongfully injuring a British prisoner of war. The full text of the proceedings is made available online by the library at the University of Michigan. 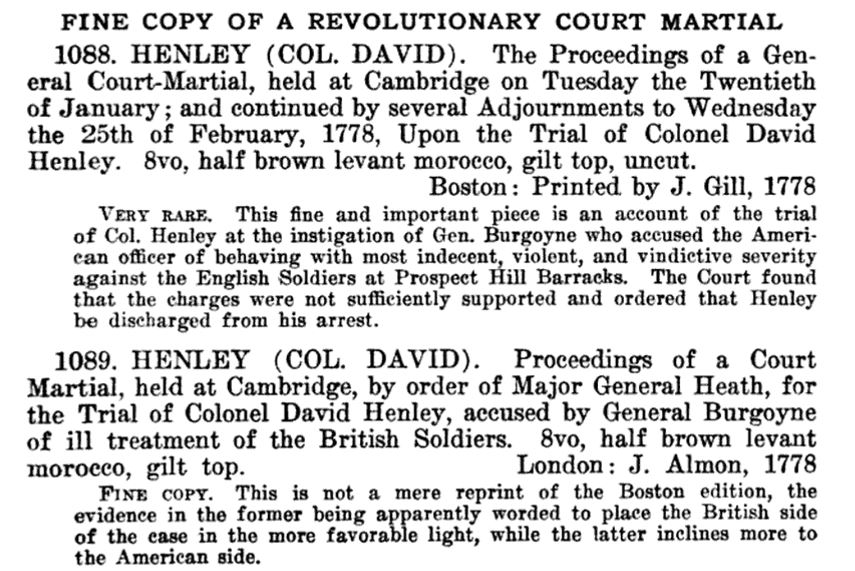