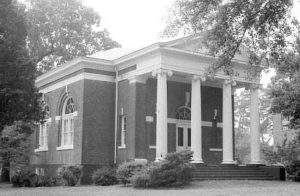 In 1854, Erskine College issued certificates of free tuition—presumably a 19th-century form of awarding a scholarship—to an unspecified number of people, including to the appellants’ ancestors.

After the Civil War hurt the college’s finances, Erskine took out ads in local publications, announcing that it was devaluing the certificates, such that they would only cover partial tuition. The court found that was the moment when the appellants’ ancestors were on notice that they should make their claim for full tuition. 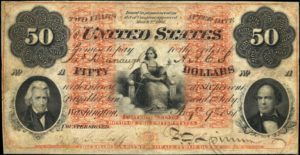 $50 United States Treasury Bill from 1861, public domain via Wikipedia. While we don’t know what the certificates at issue in this case looked like, this is a financial instrument from the same time period.

The Court of Appeals held that Erskine established all the elements of laches:

Therefore, the trial court was correct when it did not allow appellants to cash in their certificates.